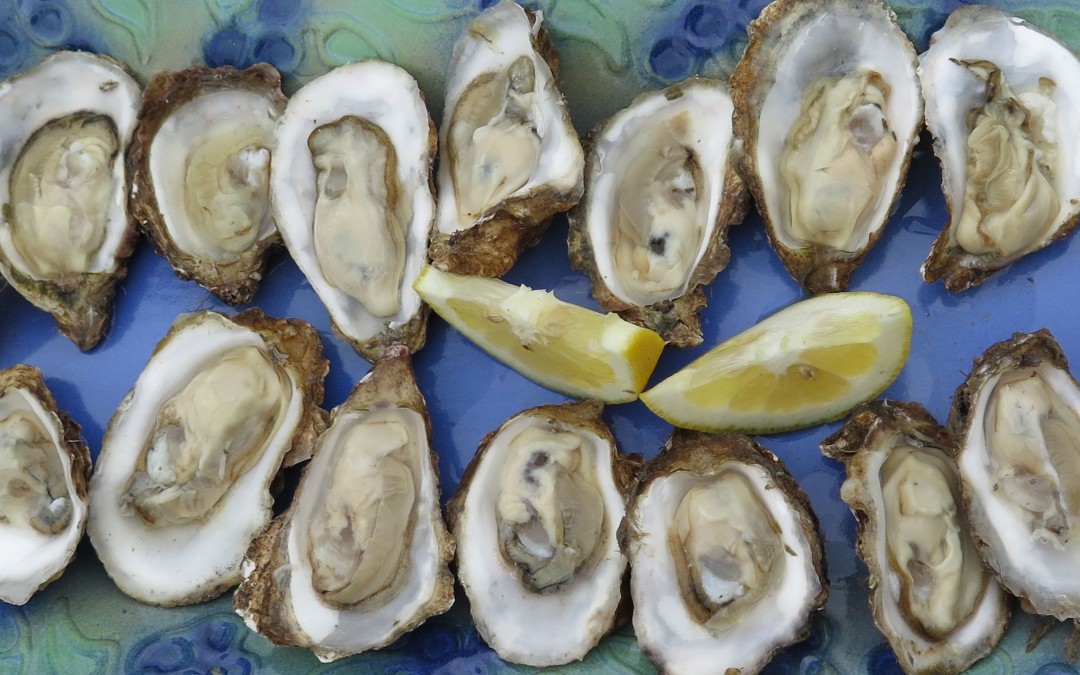 Grown in suspended trays by Greg and Weatherly Bates in Halibut Cove, pop 30, a Robert McCloskey-cute summer community across Kachemak Bay from Homer, Alaska. These are literally glacial-fed oysters, as glaciers surround the cove and pour their silt-laden waters into it all summer. Sea otters skulk around the oyster and mussel rafts at all times, pursued closely by orcas. The oysters are tumbled to polish the shells and deepen the cups. The flavor marries the strong brine of the Gulf of Alaska to the mineral meltwater from the Kachemak Bay State Park glaciers.

Check out other Alaska oysters